Have +Sergey Brin and +Larry Page read my mind?

On May 11, I tweeted the following:

I've probably watched hundreds of movies on Netflix, and most often I have done so alone. So I surprised myself when I suddenly thought, "Watching movies should be a social experience, even with I'm physically by myself." I wanted to share the experience with others online.

I am big fan of YouTube, and have a queue of full-length films that others have uploaded. When I prepared to watch one of them last night, I noticed that the listing for it had something new: a G+ Hangout button. 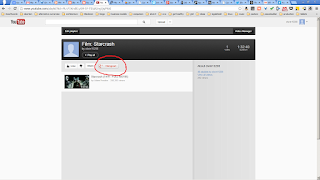 I clicked it, and a message appeared saying that I was now downloading the YouTube app. After the download finished, a new screen appeared - the screen that I wanted to see the last time I logged in at Netflix's website: 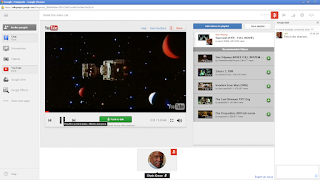 I invited my friend +Greg O  and we watched as much as we could stand of the comically-bad "Starcrash" together, chatting as we did so.

We switched back and forth between chatting by typing in the chat box at the lower right, and by using our microphones on our computers. The latter way proved troublesome, as video playback mutes participants' mikes (note the "Push to talk" button under the video window). But that's fine with me - as one whose concept of being online was shaped by America Online chat rooms, my primary meaning of "chat" is still "typing back and forth." So what Google offers with this integration of YouTube and Hangouts is exactly want I wanted when I tweeted my Netflix wish.

(Actually, there's more here than I want - I could do without the recommended videos list, which takes up precious real estate. I'd be happy if they hid that list behind a button in the column on the left.)

With all of the attention given to Google's I/O conference last week, which highlighted their push to integrate their disparate properties, I don't know why this specific bit of integration has not received more attention. My first guess is that Google does not want to be seen as encouraging the uploading of feature films by users. But I can't believe that they don't see the potential to cut into Netflix's market, so I must assume they they are already working on licensing issues.

Through the years, Netflix has delighted me more than it has disappointed me. But last week, I realized how spoiled I've become as a consumer: four days after I got the idea of sharing the movie-watching experience online, I became annoyed that Netflix had not put it place. Now that Google has, it could replace Netflix in my affections, once they resolve that tiny matter of licensing content. Oh, and getting it all to show up on my TV.